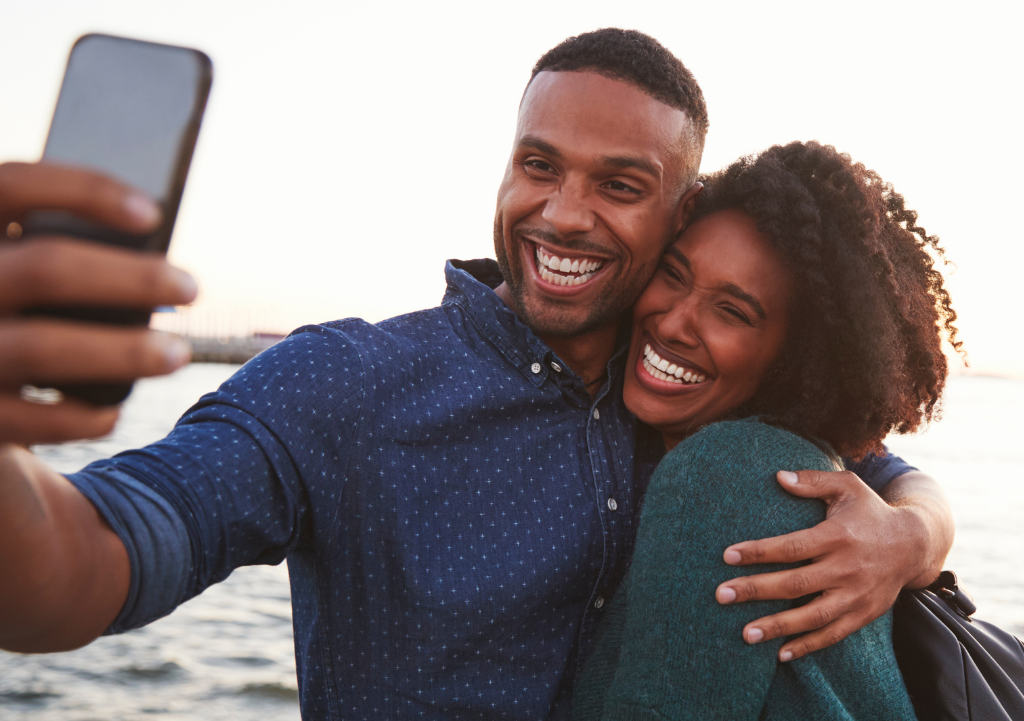 Researcher John Bowlby began studying attachment in the middle of the twentieth century. It was first noticed in small children, probably because early childhood is when a person’s attachment style first develops, is most clearly expressed, and is most vital for the person’s survival. Though babies show clear preference to their mother’s voice on their first day of life, the part of the brain most involved with developing attachment to a child’s caregiver is at its most active between six months and two years of age. During this time, the infant is learning how to venture away from their caregivers to explore the world. However, because the world is a dangerous place, the infant needs a clear survival routine if they run into danger. And it is during this time that their attachment-related brain circuitry is learning and developing pathways that they will carry for the rest of their lives.

You can see the attachment survival routine play out with a baby as they explore their world. The baby crawls or toddles away, showing curiosity about their surroundings, and then, at some point, they check back in with their caregiver: are you still there? Infants are exquisitely tuned into their caregiver’s emotions as expressed by their voice, facial expressions, and bodily stance. Does their caregiver look tense or frightened when they look back? Do they smile and look relaxed? Are they paying attention at all? And then, what happens if the baby runs into trouble, like they fall, are surprised by a falling object, or encounter a barking dog? That baby will run back to their caregiver, their secure base for safety and soothing. No one needs to tell them to do this. And they won’t run to just anyone. That would be inefficient and risky. What if that person didn’t care and chose not to provide protection? No. In a survival situation, the infant can’t risk wasting time trying to think of where to go or of making a poor decision by placing faith in someone who isn’t willing to be a caregiver. That is why the infant is hard-wired with the instinct to run straight away to that special someone to whom they have bonded, to whom they are attached.

The goal of human development is to grow from a time of complete dependence on your caregivers to becoming capable of not only caring for your own needs but to have the capacity to care for the needs of others.  An infant who is completely dependent upon another to have their needs satisfied learns how to express those needs in ways that are most likely to have those needs met. The baby cries from discomfort, and the caregiver responds to feed or to clean them. The baby reaches to be held and the caregiver plays with, talks to, or cuddles the baby. From the cumulative pattern of these interactions, the infant learns about how consistent and dependable their caregiver is in meeting their needs. The infant learns about their caregiver’s tolerance and approval for the expression of those needs. From the accumulation of interactions over the months of their childhood, the infant transforms this data into a philosophy of self and others. The infant learns to adopt an attitude of confidence or fear towards exploring the world as well as a belief in their own ability to approach and master new situations and skills. The infant develops a belief system about whether other people are safe, predictable, accepting, and dependable.  Lastly, the infant develops from the way they are treated a philosophy about their own value, resilience, safety, and coherence. “The philosophy that the infant develops is enacted in what is called “an attachment style. Starting in the sixties and seventies, scientist Mary Ainsworth, followed by the work of others, was able to demonstrate that human beings have a reliable style of attachment behaviors that develops in the first years of life and continues into adulthood.

There are four main attachment styles. The first style, the one that a majority of people practice,  is known as being “secure.” The three other, “insecure” styles are known as “avoidant/dismissing,” “anxious/preoccupied,” and “disorganized.”

More than 60% of the time, parents do well enough in responding to their children’s needs that their children develop what is called a secure attachment style. Children with a secure attachment style know that they can ask for help when they need it, feel safe expressing their emotions, and know that they are loved and accepted for who they are. Because they have faith that they have a safe place to go if they run into trouble, securely attached children are more confident in trying new things and in solving problems. Additionally, securely attached children have a positive view of themselves as being inherently valuable, worthy of care, and valid. Children who are treated this way grow into adults who treat themselves and others like this, too.

The other 40% of the time, something else occurs. Either because of external circumstances or inner struggles, the infant’s caregivers cannot show up consistently for all their children’s needs. After decades of study, researchers have identified three ways that children adapt behaviorally to the lack of response, consistency, acceptance, or safety in their relationship with their caregivers. These three styles are labeled collectively as being “insecure.”

When a caregiver has an overconfident belief in a child’s ability to “handle things on their own” or conveys to the child a sense that the expression of their needs and emotions will be ignored or met with disapproval, their child may adapt by developing a style of attachment that is called avoidant/dismissing.  These children will not be expressive about their need or desire for their caregivers’ help, support, or presence and often fail to learn much about or to take seriously their own emotional processes. These children are often well-cared for materially and might be noted for their social independence, as they often are focused upon interacting with objects or accomplishing tasks. They tend not to ask for help and might be hostile to the idea of needing assistance from other people. They may be noted for “taking care of everyone else” or being “self-contained.” These children appear to be calm in stressful situations, such as being separated from their parents, however, studies of these children that monitored their physiology reveal that they are extremely distressed.

When a caregiver is extremely anxious about separation and models a high level of concern about the quality and closeness of primary relationships, or they express an understanding that emotions are overwhelming and unbearable and can only be soothed through relationship proximity, the child may adapt by developing an attachment that is called anxious/preoccupied. These children are slow to explore away from their caregivers, and lack confidence in their ability to problem solve or to self-soothe through emotional upsets. Separation is threatening and reunions take a long time to remedy the distress. These children find it difficult to take risks or to focus on topics beyond monitoring their proximity to their caregivers.

When a caregiver is inconsistent in their presentation and support to their child- for example being sometimes unresponsive, sometimes threatening, sometimes kind, and sometimes neglectful, the child does not have the opportunity to develop a coherent attachment strategy. Because the child is growing up in a chaotic environment, their responses are reliably chaotic. This child may be at turns aloof, clingy, aggressive, affectionate, or disengaged.

What does this matter in adulthood?

After researchers learned to classify these four attachment styles, they followed the children they had studied as they grew into adulthood and then studied the quality of their adult relationships. This is when they made an amazing discovery: the neural circuitry that was wired together when people were toddlers is repurposed in the adults to create the style of attachment they exhibit with their romantic partner. How those children adapted to their caregivers is in adulthood the way that they ask their partners to adapt to them. Securely attached partners will express and accept expressions of emotion and will seek and provide help and support when needed. Avoidantly attached partners will downplay their own and their partner’s emotional needs, will work to keep a certain emotional distance, and will find it uncomfortable or unbearably vulnerable to seek help from others. Anxiously attached partners will find any relationship discord to be destabilizing and distressing and a powerful distraction from all of their other activities. And people with disorganized attachments will find creating and maintaining stable relationships to be difficult, as they careen between the poles of a powerful hunger for attachment and the learned fear of intimacy.

Researchers have shown that attachment styles often remain stable throughout the lifetime. However, there are people who change from being insecure as children to a secure style as an adult. And it appears that the main change agent for this is… being in a safe, secure, and responsive relationship as an adult!

Researchers of adult attachment have recognized that the salience of attachment as a survival routine remains in our romantic attachments. And this is why the stakes in your romantic relationships feel so much higher than in any others. Romantic relationships are different because when you have bonded with your partner, you have made them your secure base, your default “go-to” in times of distress, threat, and triumph. Human beings are hard-wired to connect in this way, and when they lack the comfort of having a safe harbor they can count on when they need it, they exist with a constant emotional state of unease and lack.

But what if you didn’t grow up with a “secure” attachment style? Attachment researchers have demonstrated that people do tend to maintain their attachment style as they age. However, some people change as they age through positive interactions with other people- even if your first adaptation to human relationship was not a secure attachment, as an adult you can learn to be secure!

Get to the heart of the matter and connect with the right therapist for you today. To request an appointment, please feel free to call, email, or use the contact form.